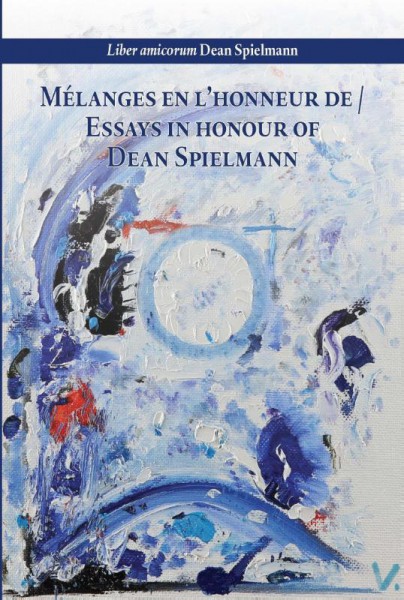 After graduating from the prestigious universities of Louvain and Cambridge, Dean Spielmann took up the practice of the law, at which he excelled, until his election as a judge of the Court in 2004. He was elected President of a Section in 2011 and Vice-President in 2012, becoming the President of the Court later that same year. During his term of office, he has developed relations with both supreme courts and other international courts and contributed to the Strasbourg Court's high standing in the world, far beyond the continent of Europe. A man of dialogue, he has been from the outset an ardent advocate of Protocol No. 16 to the European Convention on Human Rights, which he has dubbed the "Protocol of dialogue".

This book brings together contributions from judges and former judges, at national and international level, from academics and from officials of the Court's Registry, who wished to show their admiration and friendship for him.

For more interesting articles on the development of the European Court of Human Rights we also want to mention the `Freedom of Expression` Liber Amicorum for Nicolas Bradza which was published by our company 3 years ago. Another forthcoming publication will be the farewell book for Michael O´Boyle (former registry of the ECtHR) to be published early 2016.