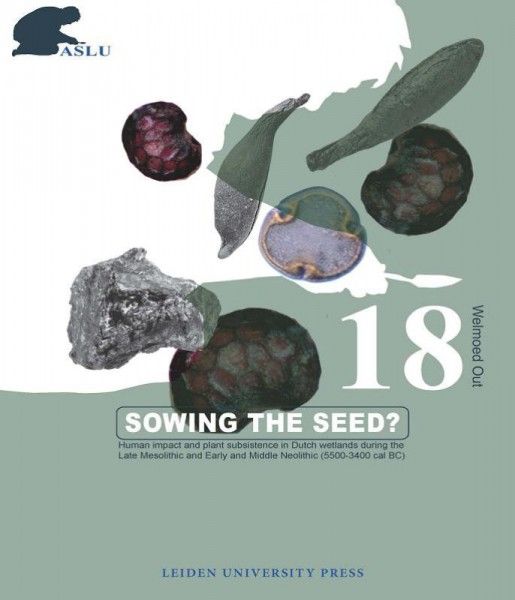 Beschrijving Beoordelingen 0
Beschrijving
In 2006 Leiden University has initiated a series Leiden Dissertations at Leiden University Press....meer
Menu sluiten
Productinformatie "Sowing the seed?"
In 2006 Leiden University has initiated a series Leiden Dissertations at Leiden University Press. This series affords an opportunity to those who have recently obtained their doctorate to publish the results of their doctoral research so as to ensure a wide distribution among colleagues and the interested public. The dissertations will become available both in printed and in digital versions. Books from this LUP series can be ordered through www.lup.nl.
The large majority of Leiden dissertations from 2005 onwards is available digitally on www.dissertation.leidenuniv.nl. The understanding of the neolithisation process in the Netherlands has increased considerably during the last decades. A coherent overview of the archaeobotanical research on the transition from hunting and gathering to agriculture was, however, lacking until now. This thesis aims to provide a better understanding of the neolithisation process in the Dutch wetlands by means of the reconstruction of the natural vegetation, human impact, plant use and cultivation practises at the time of the Late Mesolithic, the Swifterbant culture and the Hazendonk group.
The study is a literature study based on the analysis of published and unpublished data on pollen, seeds and fruits, wood, charcoal and tubers from four wetland regions. The extensive botanical data sets of recently excavated sites have been combined and compared with evidence of earlier investigations, resulting in a coherent overview and new interpretations. The evidence from the Dutch wetlands has furthermore been compared with that of comparable cultural groups in Northwestern Europe.

Welmoed Out graduated in Biology at the Utrecht University in 2002. Between 2003 and 2008 she worked as a Ph.D. student in the archaeological research project ?The Malta Harvest: From Hardinxveld to Noordhoorn ? from forager to farmer?. The results of the archaeobotanical research are presented in this thesis, and in several other publications. After the Ph.D. research she had a temporary position as a Marie Curie Research Fellow Archaeobotany at the University of Sheffield.
Verdere links naar "Sowing the seed?"
Beoordelingen 0
Lees, schrijf en bespreek beoordelingen...meer
Menu sluiten
Klantbeoordelingen voor "Sowing the seed?"
Beoordeling schrijven
Beoordelingen worden na controle vrijgegeven.
Laatst bekeken
Deze website maakt gebruik van cookies.
Accepteren