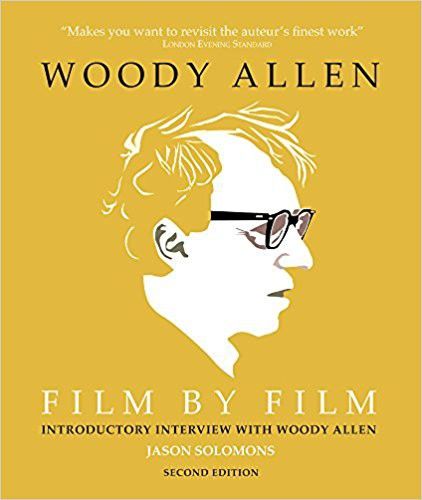 Beschrijving Beoordelingen 0
Beschrijving
The quintessential guide to Woody Allen's lifetime of work, Woody Allen: Film by Film...meer
Menu sluiten
Productinformatie "Woody Allen Film by Film"
The quintessential guide to Woody Allen's lifetime of work, Woody Allen: Film by Film examines each of Allen's movies, from when he vented his first neuroses in 1965 with What's New Pussycat, by way of Oscar winner Annie Hall, Hannah and Her Sister, all the way to his latest works of Wonder Wheel and Cafe Society. Woody Allen has enjoyed a career unlike any other writer or director in Hollywood. The impact of his comedy and his psychoanalysis of the modern world have been hugely influential and had a profound effect on popular culture ever since. Filled with key images of his films, as well as lots of behind-the-scenes content. As Woody said about himself: "The two biggest myths about me are that I'm an intellectual, because I wear these glasses, and that I'm an artist because my films lose money." As self-critical as ever - and with a hotly tipped Oscar material new film scheduled for the end of 2017 - Woody Allen remains a force to be reckoned with.
Verdere links naar "Woody Allen Film by Film"
Beoordelingen 0
Lees, schrijf en bespreek beoordelingen...meer
Menu sluiten
Klantbeoordelingen voor "Woody Allen Film by Film"
Beoordeling schrijven
Beoordelingen worden na controle vrijgegeven.
Laatst bekeken
Deze website maakt gebruik van cookies.
Accepteren