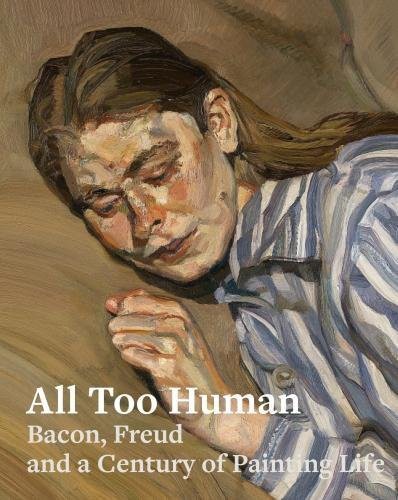 Beschrijving Beoordelingen 0
Beschrijving
This beautifully illustrated book presents a new account of one of the most distinctive,...meer
Menu sluiten
Productinformatie "All Too Human"
This beautifully illustrated book presents a new account of one of the most distinctive, long-lasting and fascinating chapters of modern British art: how artists have used painting to record their personal, sensuous, immediate and often intense experiences of life. Spanning a century, this history encompasses a diverse but related group of painters, mostly based in London, who focused on the depiction of the human figure and the everyday landscape they inhabited. Despite their great differences, these artists all shared a similarly intense and scrutinizing gaze, and remained loyal to their pursuit of intimate and powerful representations of reality. Focusing primarily on painters active in the second half of the twentieth century, including Michael Andrews, Frank Auerbach, R.B. Kitaj, Leon Kossoff, Paula Rego, F.N. Souza and Euan Uglow, the book begins by introducing the previous generation of artists, such as Walter Richard Sickert, David Bomberg, Alberto Giacometti, Chaim Soutine, Stanley Spencer and William Coldstream, who set a new path for portraying an intimate, subjective and tangible reality. It also addresses the relationship between image-making, painting and photography, before illustrating Paula Rego's key role in channelling the material and psychological states we experience, and how she became a role-model for the many female painters who, from the 1970s onwards, had abandoned painting as a masculine activity. Continuing on this trajectory, the book also features works by contemporary artists such as Jenny Saville, Cecily Brown and Lynette Yiadom-Boakye, who paint figures in a manner that feels true to their personal experience of life.