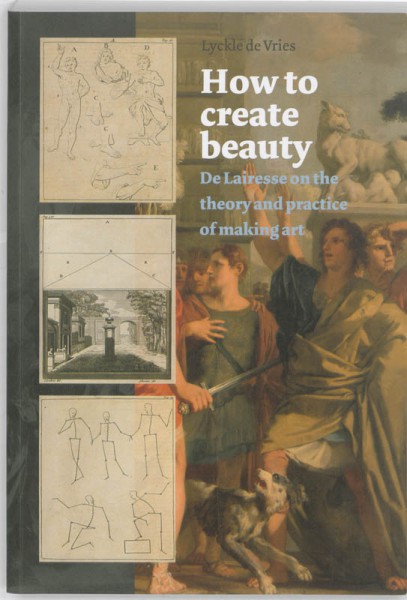 Beschrijving Beoordelingen 0
Beschrijving
Gerard de Lairesse (1641-1711) was the most successful Dutch painter of his time, admired by the...meer
Menu sluiten
Productinformatie "How to create beauty"
Gerard de Lairesse (1641-1711) was the most successful Dutch painter of his time, admired by the patricians of Amsterdam and the court of William iii of Orange. An eighteenth-century critic called him ‘undoubtedly the greatest genius there ever was in painting’.After a century of neglect his rehabilitation began in 1970 when the Amsterdam Rijksmuseum acquired a series of his monumental grisaille paintings. In an international exhibition (Cologne, Cassel, Dordrecht 2007) he was presented as the leading artist of his time, the last quarter of the seventeenth century. As part of this rehabilitation process, interest in his writings also increased. De Lairesse wrote a booklet on the art of drawing (1701) and a manual on painting (1707). The latter, the Groot Schilderboek, is the subject of this fine new study by art historian Lyckle de Vries. Among De Vries’s earlier publications are a monograph and a number of articles on De Lairesse, his paintings, his work for the theatre and his writings. De Vries found that Gerard de Lairesse’s treatise (‘offering thorough instruction in the art of painting in all its aspects’) is not primarily a discourse on the theory of art, but a practical manual for young painters. It probably was meant as a course for self study. In view of the fact that the author was highly critical of the training methods of his contemporaries, it is not so surprising that he put pen to paper to explain how the mind and hand of a young painter should cooperate in order to turn a mental image into a beautiful picture. This book may change our appreciation of Dutch seventeenth-century painting since it shifts the reader’s attention from art theory and iconology to practical studio work: designing and making paintings in an attempt to create beauty and quality. With his fascinating reevaluation of De Lairesse’s book and a helpful translation, De Vries offers a treasuretrove of information not easily found elsewhere. This book is indispensable for art historian, for students and teachers of art schools, and those with an interest in technical research and restoration. NB: the English translation of the first volume of the Schilderboek is a working translation by the author and is included on a CD-rom.