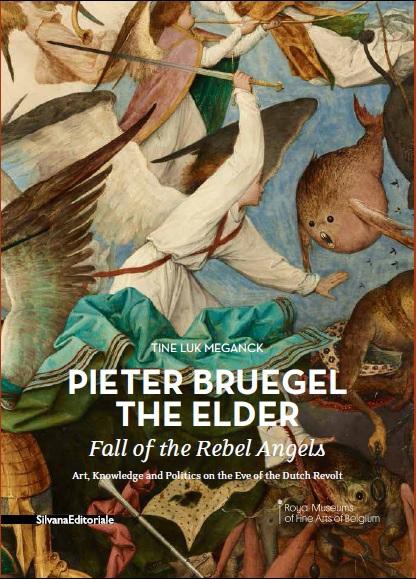 Pieter Bruegel the Elder's Fall of the Rebel Angels is the first comprehensive book on one of the most cherished masterpieces of the Royal Museums of Fine Arts of Belgium in Brussels. It argues that with his Fall of the Rebel Angels (1562) Pieter Bruegel (died 1569) turned a traditional devotional theme into an innovative commentary on his own time, and situates the painting within the early modern cultures of knowledge and collecting. More particularly, it exposes that many of the hybrid falling angels are carefully composed of naturalia and artificialia, as they were collected in art and curiosity cabinets of the time. Bruegel's much noted emulation of Jheronymus Bosch was thus only part of his wider interest in collecting, inspecting, and imitating the artistic and natural world around him. This prompts an examination of the world at the time that Bruegel painted the Fall of the Rebel Angels: locally, in the urban and courtly centers of Antwerp and Brussels on the eve of the Dutch revolt, and globally, as the discovery of the New World irreversibly transformed the European perception of art and nature. Painted as a tale of hubris and pride, Bruegel's masterpiece becomes a meditation on the potential and danger of man's pursuit of art, knowledge and politics, a universal theme that has lost nothing of its power today.
The lavishly illustrated book is based on extensive research sponsored by the Inter University Attraction Pool project P7/26 'City and Society in the Low Countries (ca. 1200 - ca. 1850)' (Federal Science Policy, Belgium)'.
Verdere links naar "Pieter Bruegel. The Elder's Fall of the Rebel Angels"
Beoordelingen 0
Lees, schrijf en bespreek beoordelingen...meer
Menu sluiten
Klantbeoordelingen voor "Pieter Bruegel. The Elder's Fall of the Rebel Angels"
Beoordeling schrijven
Beoordelingen worden na controle vrijgegeven.
Laatst bekeken
Deze website maakt gebruik van cookies.
Accepteren