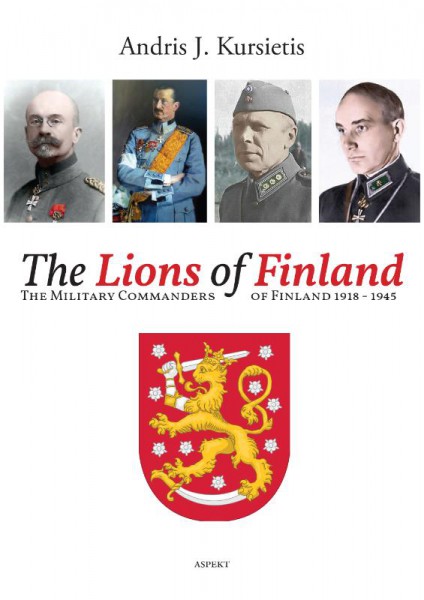 Beschrijving Beoordelingen 0
Beschrijving
After more than 100 years of subjugation by Russia, Finland took advantage of the power vacuum...meer
Menu sluiten
Productinformatie "The Lions of Finland"

After more than 100 years of subjugation by Russia, Finland took advantage of the power vacuum created by the Bolshevik uprising and resulting demise of the royal house of Romanov in 1917 to proclaim its independence. The preservation of this independence was not an easy task. The Finnish military had to fight a civil war against the Reds in 1918, and was again called into action in 1939 at the outbreak of the so-called Winter War, when the Soviet Union invaded Finland, disregarding the provisions of the previously signed Treaty of Tartu. The Winter War lasted only a few months before a peace treaty was signed, but the cost to Finland was the loss of 11% of its territory. It is therefore no surprise that when Germany launched an attack on the Soviet Union in June 1941, Finland saw an opportunity to regain what had been lost and allied itself with Germany. This alliance lasted only until 1944, when Finland, realizing that Germany was going to lose the war and that continuing the fight against the Soviet Union threatened its continued existence as an independent nation, signed an armistice with the Russians. This led to a number of minor skirmishes between Finnish and German forces, that in Finnish history books is referred to as the Lapland War, but this lasted only a couple of months, with minimal casualties on both sides.

Thanks to the political dexterity of its government and the military prowess of its small but determined army, Finland was able to preserve its independence throughout World War II and beyond. The Finnish armed forces had given the Russians a bloody nose during the Winter War of 1939 - 1940, and in 1944 - 1945 they managed to force the German army out of Finland. Although obliged to cede parts of its territory to the Soviet Union, Finland remains to this day an independent and democratic nation. This is largely due to the prowess, energy and courage of its military leadership during the first twenty-seven years of the nation’s existence. It is these leaders who are featured in this book, the first of its kind in the English language.

Andris Kursietis has been a researcher of military history for over forty years, using resources that span the globe. This latest book, “Lions of Finland” provides information about the military careers of the 111 generals and admirals that served the Republic of Finland during 1918 - 1945.

For his previous work on the Hungarian military, the Hungarian Knightly Order of Vitéz in 1997 awarded Kursietis its Cross of Merit. He is also the recipient of the Silver Medal of Merit from the World Federation of Hungarian Veterans, and the Silver and Bronze Service Crosses from the International Hungarian Military History Preservation Society.